The best thing about celebrating Christmas in Australia is that it is in the middle of summer and most of the time, you can enjoy the holiday on the beach. What may seem out-of-the-ordinary to anyone who's used to snowflakes and frosty noses is simply one of the many ways the Land of Oz distinguishes itself from other countries during the holidays.

Australia's motherland is Great Britain, and Christmas traditions in both countries have a lot in common. However, Australia's traditions have a bit of their own unique flavor as well. 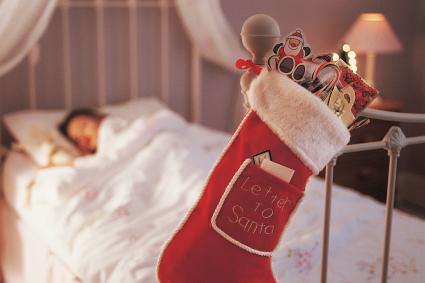 The children in Australia believe in Santa Claus. However, since it is summer, it would not be unusual to see Santa dressed in a lighter, cooler version of his red and white suit. Shorts can even be seen! Santa does use reindeer to pull his sleigh when delivering gifts to children in Australia. In order to prepare for Santa's Christmas eve arrival, the children:

On Christmas morning, when the children awake, they are allowed to empty out their stockings to see what they received, which is typically candy, small toys, fruit or money. However, they must wait for their parents to wake up before they can open the gifts left under the tree. 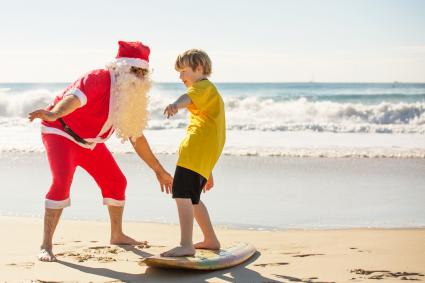 Since 1938, Carols by Candlelight is one of the most spectacular Christmas traditions in Australia. Founder Norman Banks walked home one Christmas Eve and passed by a window lit only by candlelight. Through the window, he saw a senior women sitting alone and singing along to "Away in a Manger" playing on the radio. He wondered how many others spent the holidays alone, so in 1938, he organized a public sing-a-long of Christmas carols at midnight with everyone holding a single candle.

Today, this multi-city event attracts tens of thousands of singing citizens to parks, music halls, and stadiums. Melbourne and Sydney stage huge performances with top entertainers, and these events are also broadcast across the country.

A number of tunes have become part of the annual Christmas festivities in Australia. Some are more serious and others are more fun, silly songs.

Many Australians have also developed a more modern tradition of having a huge barbeque in the backyard or at the beach. The menu typically includes plenty of grilled seafood, lamb, and other meats. Cold picnics in the park are also common. 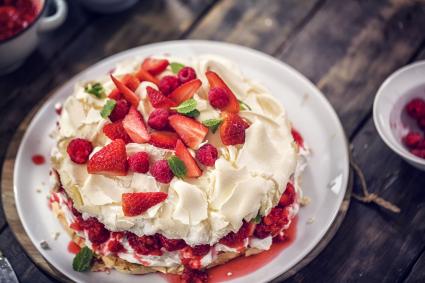 Australians have certainly managed to put their own stamp on the Christmas holiday. If singing carols by candlelight and barbecuing on the beach sound like a good way to celebrate the holiday, perhaps you ought to treat yourself to spending one future Christmas in the land down under.