Christmas traditions in Puerto Rico are lively and fun, yet intimately combined with spiritual practices and a reverence for the holiday season. By understanding these customs, it is possible to embrace the Puerto Rican culture whether you want to add an international flair to your celebrations, become connected to your heritage, or simply learn more about a fascinating culture.

Puerto Rico is a small island archipelago in the western Caribbean and is part of the Greater Antilles. As a commonwealth of the U.S., Puerto Rico is not independent, but it does have a unique and expressive culture that combines rich traditions from the U.S., Jamaica, and Cuba, as well as influences from French, Spanish, Italian, and South American immigrants. These multiple influences give Puerto Rico traditions a unique and colorful vibe, and create a joyous and charismatic holiday season.

Christmas in Puerto Rico is more than just one day with good food, gifts, and spending time with friends and family members.

The holiday season in Puerto Rico begins as early as late November and continues until mid-January with a series of related celebrations and holidays. Some of the most significant include:

Music is an important part of many Christmas traditions in Puerto Rico. Not only do many religious masses include sacred carols, but traveling groups of parrandas will visit family members and friends while playing lively Latin and salsa carols on bongo drums, guitars, and other instruments. At each home, revelers celebrate for a time with more music before moving on to the next destination, and the group of musicians will grow with each visit.

Holy masses are a very spiritual part of many Puerto Rican Christmas celebrations. During the nine days up to Christmas Day, devout individuals will attend "Misa de Aguinaldo" daily to celebrate different holy carols and holiday messages. A midnight mass on Christmas Eve is also popular.

Food is a vital part of the holiday traditions of many countries, including Puerto Rico. Popular dishes include roast pig, rice and pea dishes, coquito or eggnog made with rum and coconut milk, coconut custard, fried plantains, and nuts. Many families also celebrate with unique dishes only made during the holiday season. 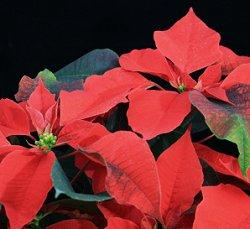 Christmas trees, colored lights, and poinsettia plants are popular decorations during the holiday season in Puerto Rico, as are wooden carvings of different saints and the nativity scene. Special clothing may also be worn as part of holiday decorations, such as the straw hats traditionally worn by parrandas.

It is easy to add Puerto Rican holiday traditions to your home, whether you are celebrating your own unique culture or embracing a new one.

From festive music to lengthy celebrations to rich foods, Christmas traditions in Puerto Rico are heavily influenced by a number of religious and cultural factors. With such a rich culture, there is a bit of holiday cheer from Puerto Rico that everyone can celebrate.