If you want to incorporate German Christmas décor into your home during the holidays, or want to add a piece from Germany to a holidays around the world theme, several pieces are essential to decorating with a Germanic touch. 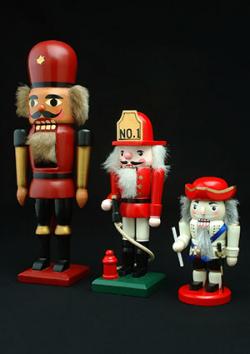 Most people have heard of the famous Nutcracker ballet, but few know the history behind the piece. The Leavenworth Nutcracker Museum reports that the current wooden solider design originated around 1800 near the Sonneber and Erzebirge regions of Germany. In 1872, Wilhelm Fuchtner, considered the "father of the nutcracker", created the first commercial nutcracker. Today, many are still produced in Germany. 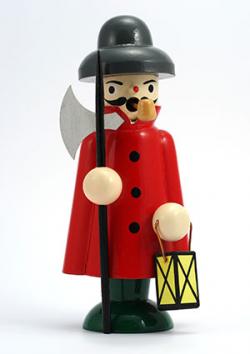 Rauchermen, or German Smokers, are made similar to wooden nutcrackers, but for a different purpose. Instead of cracking nuts, they serve as incense burners. They are often resemble common folk or represent occupations.

Rauchermen came about after the end of the 30 year religious war in Germany in 1648. According to Magic of Nutcrackers, they earned their name because of superstitions that led people to believe evil spirits of the Raunaechte, who came out on the "longest nights of the year", can be scared off with light and sound. After spirits had gone, incense would be burned for a blessing upon the home.

Purchase Rauchermen for your home at the following websites: 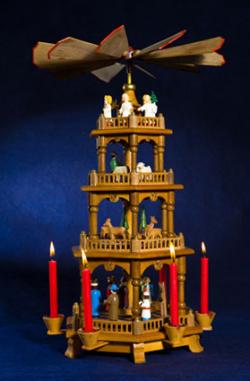 Christmas pyramids are one, two, three, and even more stories high. Made mostly out of wood, they are powered by heat from candles that make fans turn, which powers the pyramid. While the inspiration for the pyramids may date back to how 15th century mines were powered, they were most popular throughout Germany in the 18th and 19th centuries, according to The German Christmas Shop. Once an heirloom brought out at Christmas, the pyramids were manufactured and sold commercially starting in the early 20th century.

You can purchase Christmas pyramids at these online retailers: 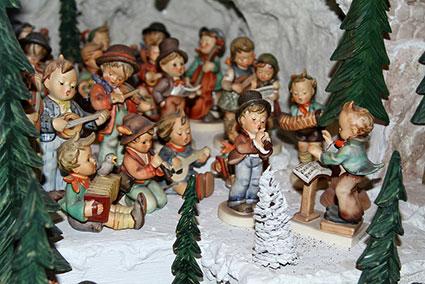 The popular German Hummel figurines are not put away during the Christmas season but enjoyed year-round. The company has developed a Christmas line, including elements like nativity scenes, Christmas trees, angels, Christmas scenes, bells, and more.

These websites offer Hummel figurines to help you start a collection or add to an existing one: 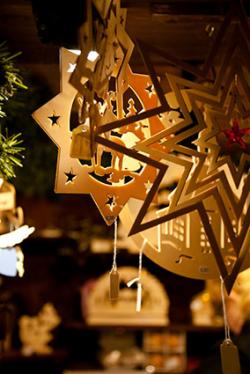 The Christmas tree has deep roots in German history. Therefore, no German home is decorated for Christmas without one. Deck out your German tree in traditional tinsel, lights, candies, and more.

If you love to visit antique stores, look for vintage Christmas ornaments. You may also want to add a straw star to set atop your holiday tree. The German Christmas Museum offers other historical ideas for decorating the Christmas tree, including handmade paper flowers or gingerbread ornaments. 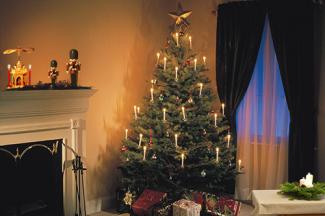 To add German flair to Christmas decor throughout your home, try these decorating ideas. Most ideas work anywhere to bring the separate items together, but some work better in specific rooms, as noted. 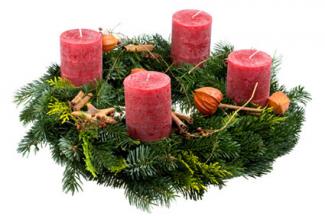 Have a Merry German Christmas

No matter what decorating elements you incorporate into your home, German Christmas decorations are lovely additions to any décor scheme. Make a few German recipes and sing some traditional German carols, and it will feel as if you are spending Christmas in the country itself.