The history of Christmas carols is filled with as much richness and variation as the songs we enjoy every holiday season. Understanding where those songs come from and how they have been used in the past can help us appreciate this classic Christmas tradition even more.

Christmas carols (also called caroles or just Christmas songs) are a popular tradition on many levels. Many people use carols as background music during holiday meals or parties, and retailers - individual stores as well as shopping centers and malls - frequently play carols during the holiday season to share the festive spirit with their shoppers.

Schools and churches often arrange choir or band concerts of live Christmas music to showcase holiday favorites, and radio stations play large selections of holiday music throughout late November and all of December.

Church groups, families, and service organizations may even organize caroling parties to share popular tunes with different neighborhoods. But how did Christmas carols get their start, and how did they become so popular in our seasonal culture?

A Brief History of Christmas Carols

The original meaning of "carol" is a circle dance with singing, often used at pagan celebrations during the winter solstice on December 22. Gradually, such singing became known as an expression of joy and it was eventually introduced to religious institutions. In 1223, St. Francis of Assisi purportedly introduced carols to his nativity plays and Christmas mass, thus beginning the long history of Christmas carols.

During the 1300s, Christmas carols were primarily deeply spiritual songs about the Christ child and the Virgin Mary. Songs were sung in both English and Latin, and they were solemn, religious compositions. Over the next century, the elaborate nature of holiday carols turned them into a musical art form consistent with the rich, medieval culture of the 1400s and 1500s.

In the 1600s, the Protestant Reformation gained prominence and many Christmas carols were discontinued or banned as inappropriate for the solemnity of the church. As the popularity of carols faded, many classic songs faded from memory and have largely been lost.

A revival of Christmas carols occurred in the 1600s, and the popularity of holiday music has been growing ever since. However, it wasn't until the invention of the radio in the early 1900s and the growth of voice broadcasts that modern carols and secular holiday songs became widely popular. As more people owned radios, music was easier to spread and additional tunes were introduced. Today, many contemporary artists record holiday albums with their own personal flair, adding a bit of country or hip hop to classic Christmas carols.

While carols have been a fixture of religious celebrations for more than 800 years, the practice of caroling is more recent. Originating from England and northern European countries such as Poland, Romania, and Bulgaria, caroling or "wassailing" was initially a celebratory activity, often after the singers had a bit too much of their favorite festive drinks.

In the early 1900s, however, caroling became a practice for entertaining and soliciting donations, not only of treats and warm drinks for the carolers, but also for charity. Modern carolers often participate in singing groups for their local church or neighborhood, and some groups still use the opportunity to gather monetary or food donations for local charities.

Many of today's most popular Christmas carols are less than 50 years old, but holiday aficionados may be surprised to find that some favorite tunes are much older than believed. In fact, the origins of many lovely tunes are no longer clear and cannot be accurately dated because they were written and sung before records were properly kept.

The most popular modern carols and dates of their first known recordings are as follows: 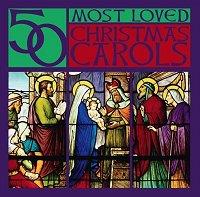 By examining the dates of the most popular carols, it is easy to see how history has affected the evolution of this popular music. Older carols such as Oh Come All Ye Faithful and Away in a Manger are more religious and solemn, while other carols are heavily influenced by current events. The classic longing of I'll Be Home for Christmas, for example, was first recorded in the midst of World War II. The optimism and boom of the 1950s is reflected in its perky, uplifting carols that are very popular for Christmas karaoke, while the most modern carols are even more individualized and unique, such as the poignant Christmas Shoes and a wide range of funny Christmas songs.

The history of Christmas carols is centuries old, but as long as Christmas music continues to be a popular holiday tradition there will always be new notes and lyrics to sing as well as classic holiday favorites to enjoy.