Christmas is not solely about religion in South Korea although its genesis is there. It is also about family, fun, and celebration. These factors bring many non-observant Koreans into the festivities. Their traditions are similar to Western cultures but have a decidedly Asian twist.

The Importance of Religious Services

Almost half the population of Korea has no religious affiliation. In fact, just 3 in 10 have any ties to Christianity, with the majority in the Protestant sphere. Because only about 30 percent of Koreans are Christian, attendance of church is not always a part of Christmas. In fact, Jesus may have no place in many homes that celebrate the date. However, for those Koreans who are religious, family attendance of both Christmas eve and Christmas day is mandatory.

These will be the religious services South Koreans attend if they have Christian faith.

Christmas is a public holiday and Koreans celebrate on December 25 just like everywhere else. Work is suspended by law and most people have a day off. Revelers will give a Korean greeting of Sung Tang Chuk Ha, or Merry Christmas. Christmas for Koreans, wherever they are, is often about family and echoes many Western traditions; however, Christmas is also a day for young people to go out and party together or have a special date. 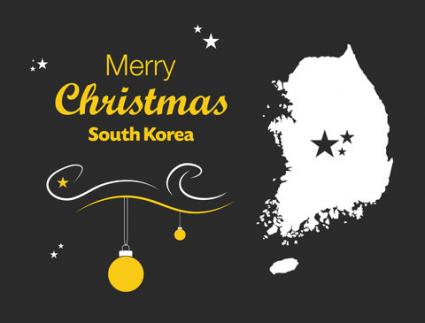 Korean Christmas cards are an important way to keep in contact with family and friends for both indigenous and transplant populations. Writing during the holiday season to family in Korea, helps Korean Americans stay in touch and feel part of the family celebration. However, more general holiday greetings might be used in lieu of Merry Christmas.

Christmas movies, most of which are Westernized, are popular in Korea. The few that do not come with subtitles provide fun for the family or provide a moving holiday story. A couple examples of holiday movies to watch include:

Gift giving isn't as rampant in Korea as it is in the United States. In fact, in most families each person only gets one gift. Often it is given after a musical performance or poetry recital which has entertained the group. Gifts are always given with both hands. Koreans often give brand name items, liquor (unless religious), and items to meet year end needs. It is common to give children cash toward the end of the year.

Even families who are not religious love a Christmas tree even though it is likely artificial. Decorations are similar to Western decor with twinkling lights and ornaments but may add special items like silk slippers or traditional drums. However, there are fewer outdoor decorations for homes because of the multi-family apartment and condo living units that are found in South Korea. 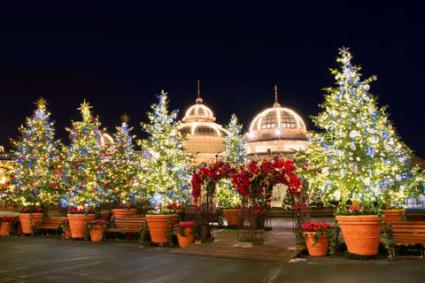 Christmas is a national holiday with most citizens having the day off. Just as in Western culture, public businesses and streetways exhibit decor such as festive lighting. This not only adds a celebratory note but encourages consumers to purchase.

Koreans are very sentimental and romantic, especially the younger set. K-pop groups feature prominently for Christmas music. Much of it is toned to remind someone how much they are loved or missed at this special time. While there will be standard Western favorites but teens will love songs like: 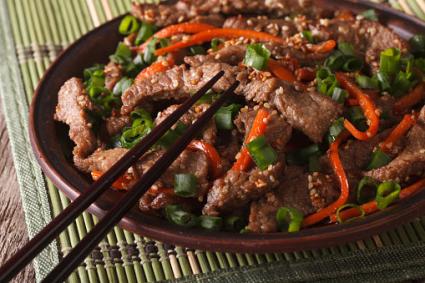 Korean traditions are rooted in family. As such, a large potluck dinner often occurs at Christmas. The holiday menu features foods like Bulgogi (barbecued beef), sweet potato noodles, and kimchi. Everyone brings their best dish. The family will finish the meal with a Christmas cake (often a steamed rice cake decorated with fruits) or a buffet of all the best Korean sweets the family has to offer.

Just a few of the sweets seen might include:

Santa Claus has made his way across the world. He may be attired in blue or even green and referred to as Santa Kullusu or Santa Haraboji. He is seen wearing traditional robes and a "gat", the historic flat topped hat worn by men during the Joseun Dynasty. Department store Santas opt for the red and white suit and beard popular across the globe.

Santa Claus didn't become popular in Korea at the time Christmas did. He has gradually been introduced as a marketing tool and to entertain children. Santa gives gifts at public events or civic visits but rarely to individual homes.

Christianity was not brought to Korea until the 17th century. For a long time Christians were persecuted for their beliefs. For the last 100 years, Christianity has gained in popularity, with Protestants in the vanguard. The blending of Western traditions with ancient Buddhist, Confuciust, and Shamanist beliefs has led to the modern celebration of today. Teens and children embrace Western celebrations while the older members of the family introduce the elements of historical celebration. The mixture is what makes Korean Christmas so special and unique.