Christmas traditions in Mexico are unique to the culture and rich in Catholic faith and history. The extensive and elaborate festivities that occur during the Christmas season in Mexico are to honor and to celebrate the birth of Jesus.

Christmas in Mexico is typically celebrated with the Christian, specifically Catholic, religion in mind. Many traditions involve the religious nature of the holiday, and the season typically follows a church calendar. Instead of being a single day or two in December, the festivities are drawn out to last approximately six weeks during the winter months. The important dates are:

Although a number of western and U.S. customs, like Father Christmas and Christmas trees have infiltrated the Mexican culture, the religious significance of the season stays at the forefront of the holiday celebrations. 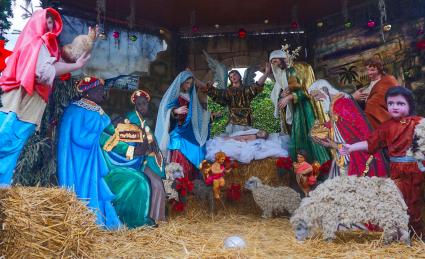 There are a number of traditional Mexican foods, drinks and desserts that are enjoyed over the Christmas holiday. These include:

Singing villancicos (carols) is a common tradition in Mexico. Some of the customary Christmas songs includes the popular Feliz Navidad and Noche de Paz (Silent Night). The traditional Christmas carols in Mexico include Los Peces en el Rio (The Fishes in the River) and Las Campanas de Belen (Bethlehem's Bells).

Christmas trees are extremely popular in Mexico. From natural pine trees to plastic trees to all kind of images and 3D designs. They are typically festive and colorful. Christmas tree decorations can be found from commercial spheres and adornments sold at retail stores, to handcraft confections made from felt, yarn and wood, to those crafted as Mexican folk art such as ceramic, glass, and woven palm.

While Christmas trees are popular, the nacimiento, or nativity scene, is still the most important Christmas decoration. The nacimiento is set up on December 8th and the baby Jesus is placed in the manger on December 24th at midnight. Children will typically receive gifts the 25th and most traditional families will say they are gifts from baby Jesus not necessarily from Santa Claus, although his popularity is increasing as well. Some of the children will also wake up to find gifts on the morning of January 6th, Day of the Three Kings.

Each special day on the Mexican holiday calendar offers insight into how the people celebrate Christmas. Actual practices might vary from region to region or even within a particular family.

Las Posadas signifies the trip the pregnant Virgin Mary and her husband Joseph had to make to Bethlehem. As the Bible recounts, the trip was necessary because King Herod ordered everyone to be counted in a census. According to scripture, upon arrival, the couple had to make do in a stable, as there were no available rooms at the inn.

Each night from December 16 until Christmas Eve, children and adults gather in a procession that symbolizes Mary and Joseph's search for shelter. Children or adults can portray the couple, or they might be symbolized by statues that are carried. The procession moves from house to house, knocking on doors as they sing a traditional chant to be let in. This is often done in a single location with different stations set up as stops. Time and time again, they are turned down, until they are welcomed into a home where festivities await.

Modern Posadas culminate at a gathering with plenty of food and drinks similar to a regular Christmas party. In fact there is school, work, family, and community Posadas involving the different social circles people may belong to. It is very common to attend to several Posadas every Christmas season.

Christmas Eve concludes Las Posadas activities. At midnight, most families attend mass together, then retire to their homes for a large feast of traditional Mexican dishes. After the meal, children might play games or break piñatas. Adults may exchange gifts with one another. Christmas Day is a national holiday and a religious holiday. 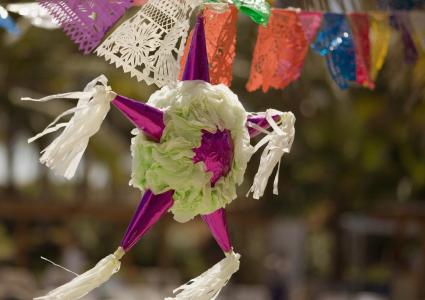 Day of the Innocents

According to Mexconnet, the Day of the Innocents used to be a day that commemorated King Herod's order to murder all children under the age of two. Today, it is celebrated more as a prank-filled day similar to that of April Fool's Day in the U.S. People are not supposed to lend anything to others on this day or they may not get it back. Notes and small treats might be given to those who are "innocent" and fall for the prank.

The Three Kings Day celebrates the arrival of the three Magi in Bethlehem to see the baby Jesus. It is also the Epiphany in the church calendar. Unlike children in the U.S., who put out stockings on Christmas Eve, many Mexican children will place shoes out for the kings to fill on their journey to visit Jesus.

Later in the day, families will host a small meal called merienda, where rosca de reyes cake is served with a warm cup of chocolate. As noted earlier, this cake it is sweet bread in the shape of a ring that has a small baby hidden inside. The person who is served the slice with the baby must host a party on the final day of the Christmas season.

Candlemas, or Candelaria, is the last day of celebration for the holiday. On this day, the Nativity scenes are taken down. Sometimes, the figure of baby Jesus is brought to a temple to be blessed. Parties are hosted by the person who was served the special slice of rosca de reyes sweet bread. 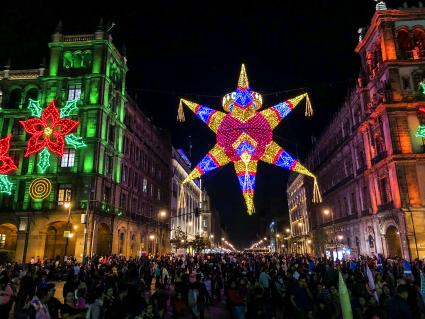 Traditional trimmings of the season, such as large displays of light decorations or snowmen, are not usually found in Mexico. The weather can be anywhere from freezing cold to balmy warm depending on the location. Christmas decorations vary by region and may include: 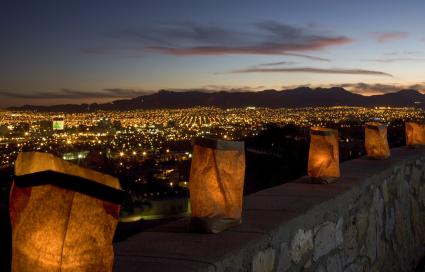 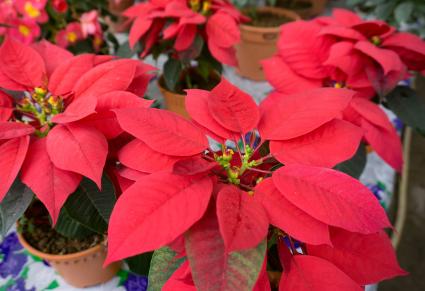 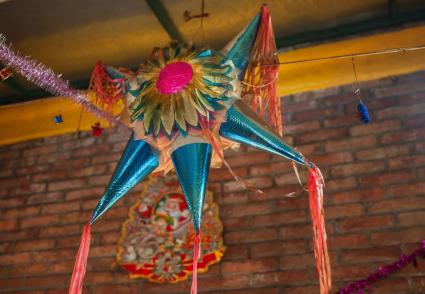 Celebrating the Birth of Jesus

The focal point of Mexican Christmas traditions is rooted in the Christian beliefs of the people. Festivities and parties abound, celebrating the joyous news of the birth of baby Jesus as told in the Bible.