The hustle and bustle of the season sometimes obscures the reasons for the tradition of giving gifts at Christmas. It is, however, a tradition grounded in history. The custom also expresses a human need to express thanks and affection.

The custom of giving presents during the middle of winter dates back long before the birth of Jesus. Many early cultures, such as the Romans and the Norse, had winter solstice festivals that included gift giving. 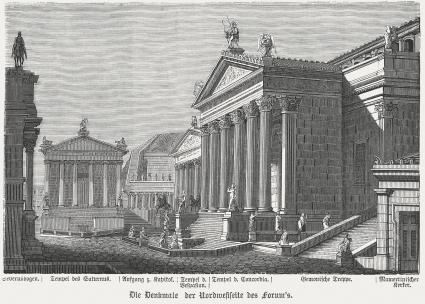 Saturnalia and the Exchanging of Gifts

According to History.com, Saturnalia was a rowdy week that also included the exchanging of pottery figurines, Signillaria, described as symbols of human sacrifice once practiced as part of past pagan celebrations.

Adoption of Gift Giving for Christmas

This tradition of celebration and gift giving was one of the many customs adopted by Christianity as a way to merge these cultures into the Christian religion. The custom of gift giving at Christmas was a natural adoption of these and other seasonal customs, such as ceremonial lighting of candles, songs of celebration, and holding grand feasts.

The Christmas season is a traditional time for giving presents. Not everyone bestows gifts the same way. Various European cultural customs were incorporated into Christmas celebrations. The one thing these celebrations have in common are stories of the gift giver. 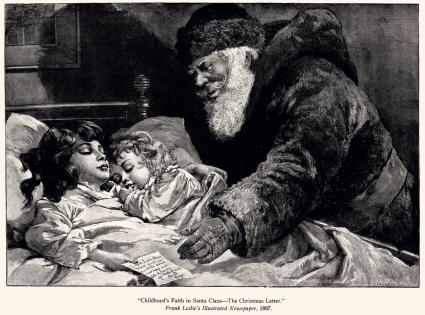 St Nicholas is the most prominent figure in many European gift giving practices. St. Nicholas morphed into Father Christmas and later in America into the iconic figure Santa Claus.

According to German Culture, children in Germany, Hungary, Switzerland, Czech Republic, and Liechtenstein send letters to Christkind also spelled Christkindl, a young girl, much the same way American children write letters to Santa Claus, asking for gifts. However, most people believe the gifts are delivered on Christmas Eve by Father Christmas.

Christmas in Italy evolves around La Befana, an old woman type of Santa Claus. Some stories cast her as a witch with a cleaning penchant who rides a broom and comes down chimneys with gifts for children on Epiphany (Twelfth Night). She's also reputed to clean the floors before she flies off. 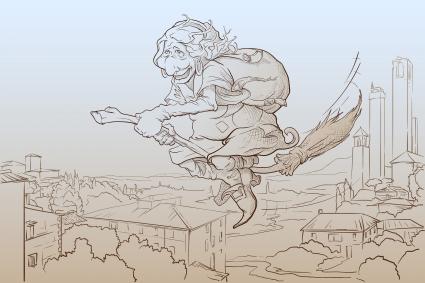 Encyclopedia Britannica says that La Befana was to accompany the Three Wise Men to Bethlehem, but claimed she was too busy to go. She promised to rejoin them when they returned, but the story claims the Three Wise Men journeyed home via a different route. La Befana spent the rest of life searching for them. Other versions of this story state she changed her mind and attempted to catch up with the caravan and bestows gifts to children since she wasn't able to give one to the Christ child.

Tourist Guide Barcelona notes the tradition of gift giving comes from the Feast of the Three Kings or Feast of Epiphany. Children write letters to the Three Kings much the same way American children write to Santa Claus. On January 5, the Three Kings arrive and give children candy. That night children leave their shoes near a window (similar to Christmas stocking traditions) to be filled with the gifts they requested. There's always the risk of receiving a lump of coal if they've been bad. Some families have also adopted the western Christmas tradition of a Christmas tree and gifts from Santa Claus. 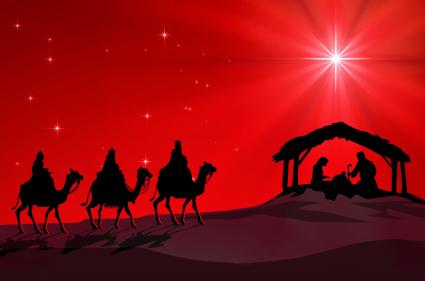 Why Presents Are Placed Under the Tree

The original Christmas ornaments were gifts of candy, pastries, cookies, apples, and other small presents. Stockings were filled with gifts. Over time, permanent ornament replaced the edible gifts, and the stockings remained, but as the tradition grew, so did the types and sizes of gifts. In keeping with the original tradition of gifts on the tree, the gifts too large for stockings found their way under the tree and the edible treats on the tree migrated to the Christmas stocking.

So Why Do We Give Gifts at Christmas?

The season is a traditional time for giving presents. But there are personal reasons for why people give Christmas presents and to whom. The motivations vary by the individual, but there are some common themes.

Another influence that further inspired giving gifts at Christmas was the nativity story. Christians cite the Three Wise Men, or Magi, as the Biblical context for giving presents during the Christmas season. The Magi brought gifts of gold, frankincense and myrrh to the Baby Jesus in the manger.

These precious items showed the respect and reverence the Wise Men had for the Son of God. Christians likewise bestow presents on family members, friends and the needy as a way of remembering the Three Wise Men honoring of the Christ Child. A modern interpretation of the custom is the recognition that Christmas is Jesus' birthday. Since giving material birthday presents to Him is not possible, instead people give gifts to each other in celebration of the day.

Christmas presents are a time to surprise and delight those we love. People enjoy finding that perfect gift. Once wrapped and delivered, the giver watches the recipient's happy face as he or she unwraps it.

There is also something special about children's anticipation and hope during this time of year. Little hands can barely stay away from the wrapped presents under the tree. Adults reflect back to their own childhood Christmases with nostalgia and fondness. 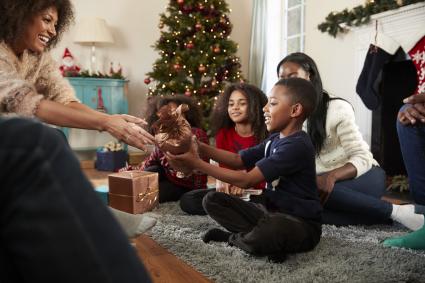 Businesses use this time of year for promotion and advertising. Many firms will send presents to valued clients to thank them for their business. Gift giving is also a way to advertise the company and promote positive public relations.

Many people use the Christmas season as a way to say thank you to individuals for their services and efforts throughout the year. People give these gifts to a wide variety of peoples, such as:

Businesses also give gifts to employees to express appreciation for the work during the previous year. Sometimes these presents are in the form of money, like a Christmas bonus; other times they are in the form of gift certificates.

Another common gift giving custom is to donate to charities. In keeping with the Christian ethic of helping those in need, donors give money or donate items, such as food and clothing. Christmas donations are a significant part of many non-profits yearly fundraising budget.

The Many Reasons Why We Give Presents at Christmas

While the reasons for giving presents vary, this custom has made the Christmas season full of surprises and joy. The tradition of gift giving at Christmas is centuries old, and reminds people of the magical birth in a stable so long ago.

Comments
© 2006-2021 LoveToKnow, Corp., except where otherwise noted. All Rights Reserved.
Why Do We Give Presents at Christmas? Historical Traditions