Santa Claus is a Christmas icon, but he wouldn't be anywhere without his reindeer. They are an integral part of the Santa Claus legend and bring joy to millions of people. Learn the names of Santa's reindeer yourself to prepare for the holiday season.

Santa's original eight reindeer made their first appearance in the 1823 poem, "A Visit from St. Nicholas," in the Troy Sentinel newspaper. Its author was anonymous. The poem was later attributed to Clement C. Moore when he included it in a volume of his works. The poem would later be known as "The Night Before Christmas." Additional reindeer joined the ranks later, bringing the number up to ten:

She's called "Dasher" because she's so quick. One of the fastest reindeers, Dasher is proud of her speed and sometimes annoys the other reindeer with her bragging.

She has a certain way about her and earned her name because of her graceful movements and love of performing for others. Make no mistake about it though; Dancer is a solid, strong reindeer who could probably pull the sled herself if she had to. 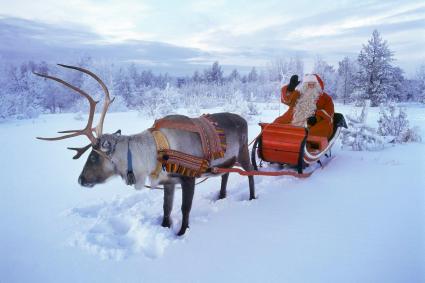 Prancer - It's All About Her

Prancer knows she's in a coveted role - she just doesn't understand why anyone else is! She's fairly self-centered and is a bit of a showboat.

Before science revealed that all of Santa's reindeer had to be female, Vixen was thought to be the only female reindeer among the team. This meant she had to work harder than any of the other reindeer to earn respect - and likely earned fewer accolades. She kept working though, since she knew she was doing something important. 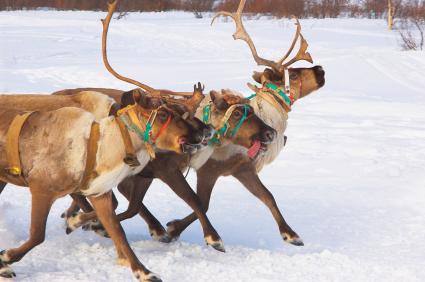 Always gazing at the stars and hardly ever looking where she's going, Comet earned the reputation of being a "space case" despite her impressive intellect. Sometimes there's more to think about than pulling a sleigh.

Cupid wants people to know she's the more important Cupid when it comes to folklore, and she's willing to do it at the expense of the task at hand. She doesn't necessarily like to work, but is happy to talk about her talents with any other reindeer that will listen.

No other reindeer has reinvented herself as many times as Donner, who has experienced more name changes than any of the other reindeer. Never content to settle, she's always striving for the best version of herself.

Since Blitzen is the last reindeer mentioned in the poem "The Night Before Christmas," Blitzen might be an instance of saving the best for last. She's confident enough to not mind being last in line because she knows she comes first in ability and work ethic.

As most people know, Rudolph just really wanted to play all those reindeer games. Often portrayed as a male reindeer on the screen, her antlers reveal a different story. She's a reluctant leader, but one who is willing to use her unique talents to help the team succeed.

Olive - The Other Reindeer

When Blitzen is injured, Santa makes an announcement that his Christmas flight will be cancelled. Olive, a friendly dog living in a typical neighborhood, hears Santa's announcement of "relying on all of the other reindeer" as "relying on Olive, the other reindeer." Olive's flea friend convinces her that she's actually a reindeer - not a dog. Olive is tenacious and doesn't let anything get in her way. 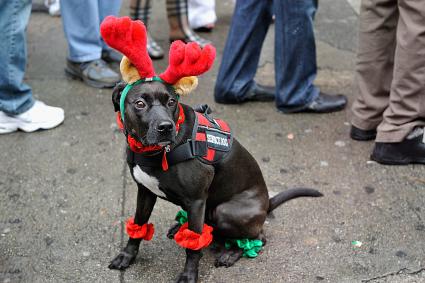 The Dunder and Blixem Debacle

Most children and many adults have never heard of Dunder and Blixem. That is because the names mentioned in the original "A Visit from St. Nicholas" poem were later modified to Donder and Blitzen.

According to Snopes, it was rumoured that Moore was not the author of the poem but a Dutch New Yorker named Henry Livingston. The poem's authorship is still questionable, but whoever wrote it gave two of Santa's reindeer names from a popular Dutch expression, "Dunder and Blixem!" which meant "thunder and lightning." When publisher Charles Hoffman printed a later version of the poem in 1837, the name Dunder was changed to Donder and Blixem to Blixen, indicates Snopes. Finally, when Moore printed his volume of poems which included "A Visit to St. Nicholas" in 1844, he kept the name Donder and changed Blixen to Blitzen.

The Arrival of Rudolph

Despite being the most popular of Santa's reindeer, Rudolph the Red Nosed Reindeer was not included in the original "A Visit from St. Nicholas" poem. He arrived on the scene in 1939 when Montgomery Ward copywriter Robert May created him for a store Christmas promotion. The rest, as they say, is history, and Rudolph is now included amongst Santa's reindeer and can be found leading the herd.

The Arrival of Olive

Olive first appeared in the 1997 book Olive, the Other Reindeer, an animated TV feature introduced Olive to a wider audience in 1999. While Olive's adventures quickly became a favorite among holiday specials, she's not typically included in the lineup when names of Santa's reindeers are recited. 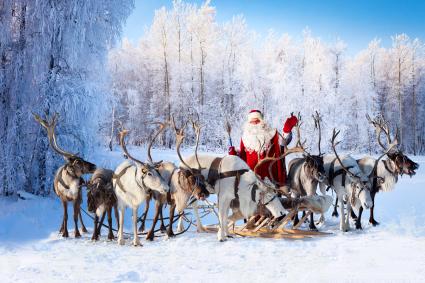 Knowing the history and some interesting facts behind Santa's reindeer gives you a head start on holiday trivia. It is also offers a conversation starter at Christmas parties and will interest children of all ages who enjoy the magic of the holiday.