Many people love to sing Christmas carols, but the words can be difficult to remember and people sometimes disagree on which lyrics are correct. Don't risk letting your carol fade into mumbling after that first line or two. The twelve carols presented here are some of the most beloved of the season. Print them out for free and give them to everyone in your group so you can all sing these holiday favorites loudly and joyously.

You may have heard different versions of the lyrics, but the lyrics included here are some of the most common and popular. All of these songs are in the public domain, so feel to print as many as you need using Adobe.

The 12 Days of Christmas

According to the Catholic News Agency, this carol was created during a period when Catholics in England were not allowed to practice their faith openly. The song was written as a coded catechism for children. For example, "my true love" is a reference to Jesus Christ, and two turtle doves symbolize the Old and New Testaments of the Bible. The rest of the carol is filled with other cherished teachings of the faith. 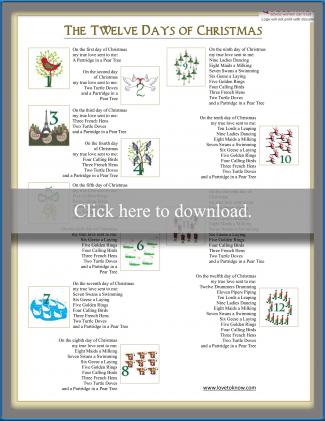 If you like, add an accompaniment for The 12 Days of Christmas.

Although this over 450-year-old carol has long been considered of French origin, it actually originated in Cornwall. Originally titled The First Nowell, the title was likely converted to The First Noel by a French publisher sometime in the 19th or early 20th century. 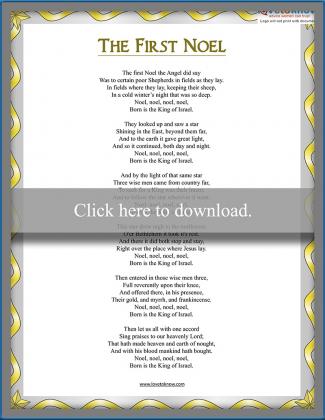 Play the guitar chords for The First Noel for a pretty accompaniment.

Easily one of the most popular Christmas carols of all, even though the holiday is never mentioned, Jingle Bells was originally written as a winter song with the title The One Horse Open Sleigh. The song was first published in 1857. 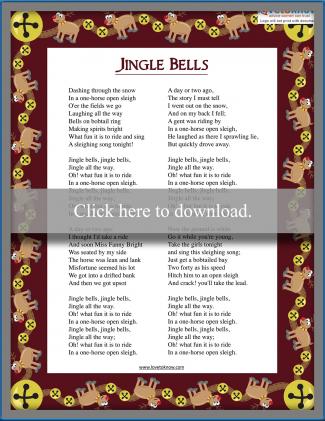 Get the chords to Jingle Bells and have someone play along while you sing.

This beloved carol was translated into English from the original Latin version, Adeste Fidelis. In fact, the song has become so popular around the world that it has been translated into over 100 languages. 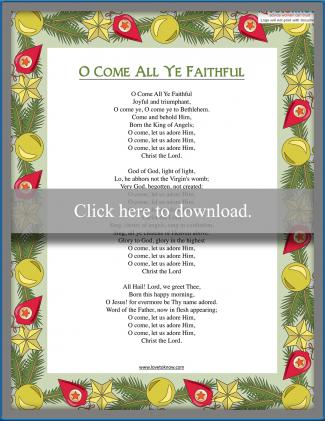 Consider adding the guitar accompaniment to bring this carol to life.

This Austrian Christmas carol was written in 1818. Composer Franz Gruber had to set Josef Mohr's poem to music using a guitar since the organ at the Church of St. Nicholas had fallen into disrepair. The simple tune turned out to be a perfect match for the sentiments of the carol, and the rest is history. 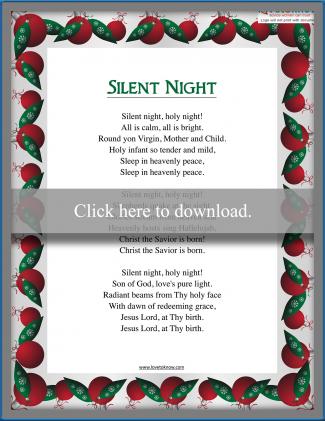 Guitar chords are available for Silent Night if you'd like to play along.

We Wish You a Merry Christmas

Very little is known about the origin of this carol. According to an article at Hymns and Carols of Christmas, expert William Studwell's research determined the piece was written over 400 years ago in England. Today, the carol is often used to close Christmas concerts around the world. 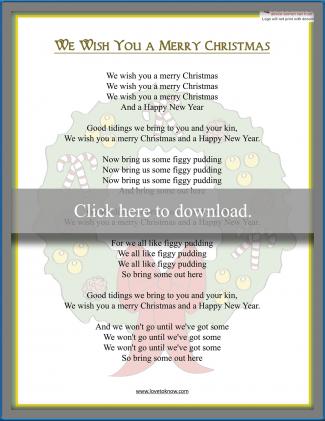 Add the chords to this carol for everyone to enjoy.

Away in a Manger

The exact origins of this carol are not clear but it's believed to have originated in the late 1800s in Pennsylvania. The hymn is associated with the evangelical German Lutheran community that settled in the state. 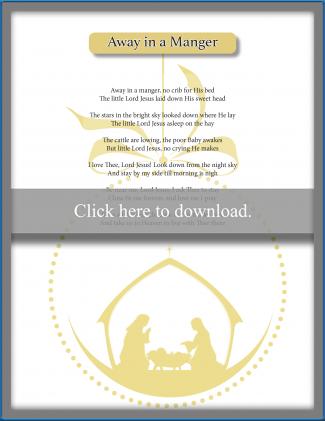 Review the chords to play along with carol singers.

The Holly and the Ivy

Despite this carol being a long beloved classic by carolers, it actually has roots in the pagan traditions found in Great Britain centuries ago. Holly and ivy were both sacred symbols to these religions, and it is believed that this ancient folk song had its lyrics rewritten by historian Cecil Sharp in 1911 to reflect a more Christian bent. 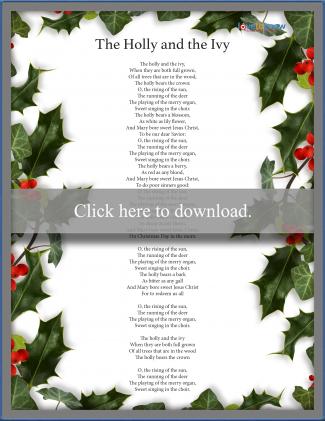 Learn the chords for The Holly and the Ivy to add a musical accompaniment.

What Child Is This?

This classic carol stands out for its moving and almost melancholy tone. This fits with its origins as a hymn written by William Chatterton Dix in 1865 when he was recuperating from a severe illness. The hymn was later paired with the traditional English song Greensleeves. 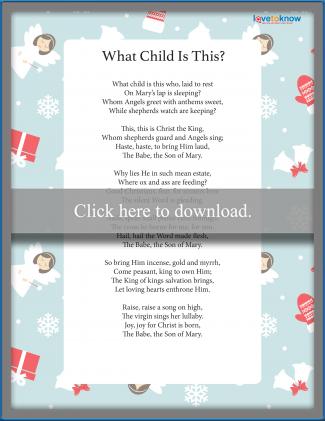 The chords for What Child Is This? can be used to add a guitar to your presentation.

Go Tell It On the Mountain

John Wesley Work Jr. was passionate about African-American spiritual music which had been passed down orally by families. He collected the songs and wrote them into two book collections, the second of which included Go Tell It On the Mountain. 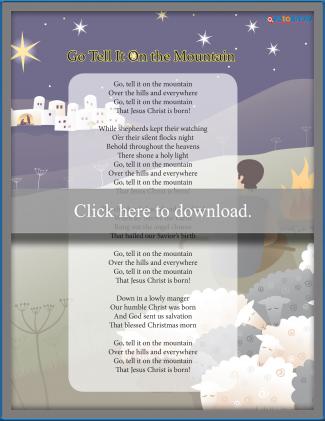 Play the chords to liven up your caroling.

This carol refers to St. Wenceslas, who was King of Bohemia in the 10th century. The lyrics were written by John Mason Neale in 1853 and the music is from a 13th century folk song. While it is sung at Christmas time, it's actually celebrating the Feast of St. Stephen, also known as Boxing Day, which is the day after Christmas. 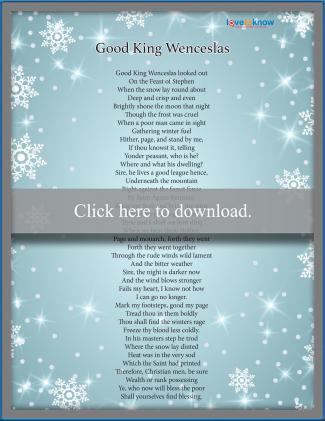 Add the chords to the carol for a beautiful accompaniment.

Carol of the Bells

This lovely carol is derived from the Shchedryk, a folk song about spring from the Ukraine. It was composed by Mykola Leontovich in the Ukraine. American Peter Wilhousky took the music and added new lyrics to create the carol known today. 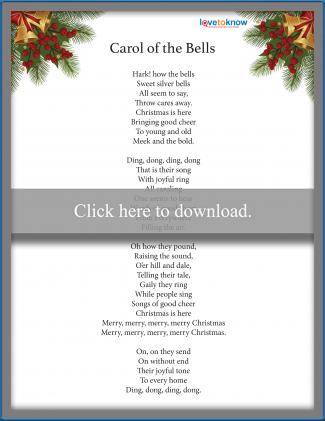 Playing along with a musical instrument can make this an especially beautiful carol.

Enjoy All The Carols Together

Having a printed selection of carols to hand out to all your singers can enhance your caroling experience. A Christmas carol booklet is a handy way to give everyone the words so they can follow along and enjoy sharing Christmas cheer. 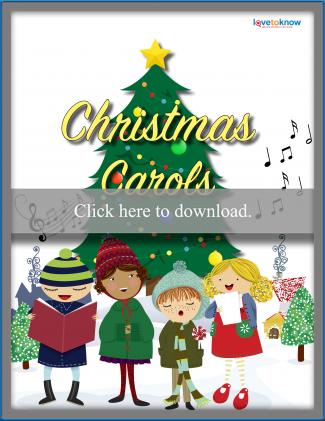 Make Carols Part of Your Celebration

There are plenty of ways to put these printable Christmas carol sheets to good use. Make homemade carol books you can use to go caroling door-to-door or at parties. Teachers can print them off for students who want to sing carols. You could even glue them to wrapped gifts for an extra special touch. Chances are good that everyone you know loves to sing a carol or two, so spread the Christmas spirit around.

Comments
© 2006-2021 LoveToKnow, Corp., except where otherwise noted. All Rights Reserved.
12 Printable Christmas Carols to Sing for the Holidays