Christmas is rich in history, tradition and lore. While you may already know a lot about this holiday, there might still be a few things to learn as you peruse this list of fascinating facts and trivia.

The imagery of Santa in a sleigh while driving eight reindeer is so entrenched in Christmas culture that it seems "the jolly old elf" must have always traveled that way. So, you may be surprised to learn that the entire idea originated with Clement Clarke Moore's beloved poem, 'Twas the Night Before Christmas.

Ever listen to the carol Here We Come a Wassailing and wonder what it means? Wassail is a traditional Christmas punch, but the term "wassailing" actually means wishing someone good health, typically during a toast.

According to the University of Illinois Extension, cut Christmas trees need as much as a quart of water a day in the first week alone. So check your stand basin everyday so your tree will make it all the way through the season.

Many people decry abbreviating Christmas to X-mas because they believe it's a secular attempt to take Christ out of Christmas. While people can look at it that way if they want to, there is another explanation for the abbreviation. X is also the Greek letter Chi, and that is the first letter in the Greek spelling for Christ. If you choose to look at it that way, X-mas doesn't remove Christ at all. 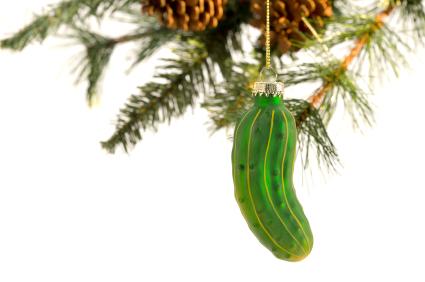 No one seems to know when this tradition began, but it has become customary for many families of German descent to hang a glass pickle ornament in their Christmas tree each year. According to tradition, something good will happen to the child that finds it. In some versions, the finder will receive good luck in the coming year. In other versions, the finder gets a special prize or treat.

After Oliver Cromwell became ruler of England, he convinced parliament to ban all Christmas celebrations. His intention was to remove all frivolity from the day and instead make people spend the day in prayer and contemplation of Jesus' birth. There would be no caroling, no feasting, and certainly no decorations under penalty of law. The ban lasted from 1649-1660.

You've probably kissed someone under the mistletoe before, but are you sure you followed the proper etiquette attached to this Christmas tradition? According to the San Diego Natural History Museum, you're supposed to pluck one berry off the mistletoe sprig every time you kiss. When all the berries are gone, no more kissing. So, you may either want to buy a bigger supply of mistletoe this year, or cheat a little and hot glue those berries back on when no one's looking!

8. Christmas on the Beach 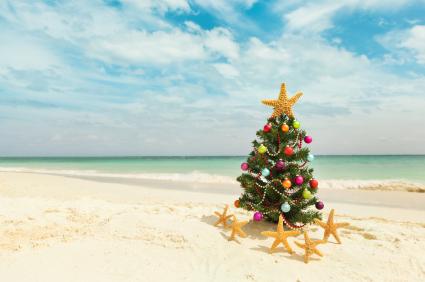 While residents of the northern hemisphere celebrate Christmas as a winter holiday, Australians do just the opposite. December is actually early summer in the southern hemisphere, so Aussies usually head to the beach for a big Christmas celebration. According to the Australian government, as many as 40,000 people gather at Bondi Beach, where Santa typically arrives by boat instead of by sleigh.

If you traditionally hang tinsel from your Christmas tree, you're probably used to using those shiny, inexpensive little plastic strips coated with a metallic finish. It might interest you to know that this decoration originated in Germany, where real silver was shredded into thin strips. Unfortunately, the silver tended to tarnish, so manufacturers began trying out other materials. This eventually led to the plastic tinsel commonly available today.

10. Origin of the Christmas Tree Tradition

According to legend, Martin Luther was so taken with the beauty of snow covered evergreens in the moonlight that he brought a tree into his home and decorated it with candles in honor of Jesus' birth. This appears to be the origin of today's Christmas tree tradition.

So Much More to Explore

These facts are just a small sample of all there is to learn about Christmas. The more you learn, the more you'll want to know!