Many traditions are associated with Christmas such as decorating Christmas trees, giving gifts, and caroling. In Ireland, the Christmas fun doesn't end on December 25th. It comes to a close on January 6th, a day known as Little Christmas.

The Feast of the Epiphany

Historically, the Feast of the Epiphany observed three significant events in Christianity:

In Ireland and the rest of the Western World, when the Gregorian calendar was adopted, Jesus' birthday became December 25. The Nativity was no longer celebrated on the Feast of the Epiphany. Instead, January 6 marked the day three Magi, also known as the three wise men or the three kings, visited the baby Jesus. In some Irish households, three Magi are placed in the nativity on this day to observe the end of their journey.

The Twelve Days of Christmas

Many Armenian Christians and Christians in the Eastern World still celebrate the birth of Jesus on January 6. The period between December 25 and January 6 is known as the Twelve Days of Christmas and January 6.

In Ireland, women take part in a unique non-religious tradition on this day called Nollaig na mBan, or Women's Little Christmas. Historically, Irish women gathered on January 6 to enjoy a break from household chores while men stayed home and took over cooking and cleaning the home. Some women headed to the pubs, places that usually catered to men, and enjoyed pub fare. Other women gathered together in their homes and relaxed, enjoying each other's company and a respite from all the holiday work. 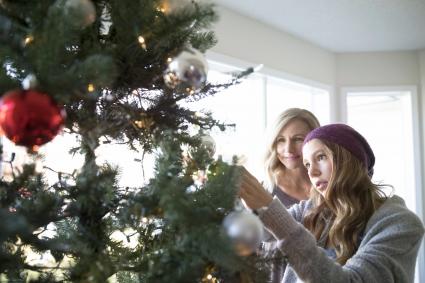 The tradition of Women's Little Christmas was most common in Western Ireland, particularly Cork and Kerry, where women raised turkeys and sold them at Christmas markets for egg money. They used any leftover money to treat themselves. The tradition tended to be more prominent in rural as opposed to urban areas of Ireland.

Most people in Ireland exchange Christmas gifts on Christmas morning. But children may also give tokens to their mothers and grandmothers on Little Christmas.

The tradition of Women's Little Christmas has been handed down orally from generation to generation. While some women feel it's sexist and outdated, many others continue it today. The clientele in many pubs and restaurants in the Southwest Coast of Ireland is mainly female on January 6.

Today's Irish women have lifted the celebration to a new level. Many have left stout and corned beef sandwiches behind for wine, high tea, and more elegant restaurant fare at female-only parties, breakfasts, luncheons, and dinners. Restaurants in Ireland are often "packed" on this day with a heavily female, if not entirely female, clientele. Many restaurants offer deals to women on January 6 to increase their attendance.

Some men cook for the women in their lives or take them out to eat. But, mostly, today's Women's Little Christmas is a day for women to get together and celebrate their lives and achievements.The focus is on honoring sisters and friends and the community of women. It's not necessarily a day to escape hard work and has become more urbanized over time.

The Official End of Christmas

Little Christmas marks the end of a busy Christmas season for the Irish. It's also the last day of the holiday school break for children. The Christmas tree, often a Noble Fir, and other Christmas decorations are taken down on this day. It's thought to bring bad luck to take them down before January 6. If holly sprigs were used as decorations they are tossed into the fireplace to burn to commemorate the official end of Christmas.

The traditional celebration included lighting candles in honor of the twelve apostles. The twelve candles were also lit with the idea of bringing in the new year and doing away with the last vestiges of the year that just passed. Today, the candles are often placed in windows although they also can be placed in each room of the house. 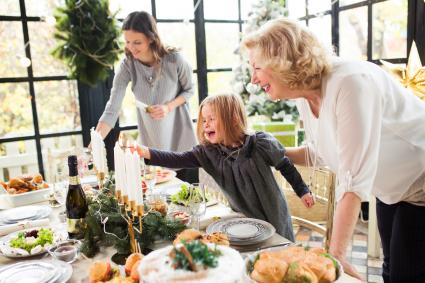 Little Christmas reflects an Ireland that's steeped in culture and tradition. The Irish have turned the often-melancholy task of taking down Christmas decorations into a day of celebration. It not only celebrates the religious reasons for the Christmas season but also the strength and sisterhood of women. You don't have to live in Ireland or even be Irish to celebrate Women's Little Christmas. If you're looking for a festive way to say goodbye to the holidays and enjoy a women-centered event, try adapting some traditions as your own!